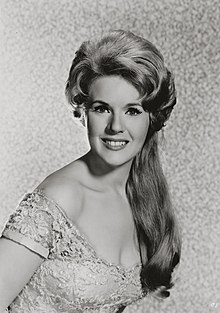 I call it The Classy Kim Weston, because she’s in a class all by herself.

Weston (born December 20, 1939) is an American soul singer, and Motown alumna. In the 1960s, Weston scored hits with the songs “Love Me All the Way“ and “Take Me inYour Arms (Rock Me a Little While)“, and with her duet with Marvin Gaye, “It TakesTwo“.

Born Agatha Nathalia Weston in Detroit, Michigan, she was signe...

Etta James (born Jamesetta Hawkins; January 25, 1938— January 20, 2012) was anAmerican singer who performed in various genres, including blues, R&B, soul, rockand roll, jazz and gospel. Starting her career in 1954, she gained fame with hitssuch as “The Wallflower“, “At Last“, “Tell Mama“, “Something‘s Got a Hold on Me“,and “I ‘d Rather Go Blind“. She faced a number of personal problems, includingheroin addiction, severe physical abuse, and incarceration, before making amusical comeback in the late 1980s with the album Seven Year Itch. 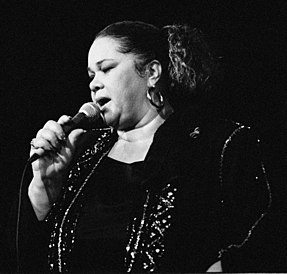 James performing in France in July 1990

It’s Legendary Elvis Presley Part Twenty Three and the last for now, for he left the building. The King is not dead, on my website, to prove it, one the bottom of this website you will hear his twenty third album.

A vast number of recordings have been issued under Presley‘s name. The total number of his original master recordings has been variously calculated as 665 and 711. His career began and he was most successful during an erawhen singles were the primary commercial medium for pop music. In the case of hisalbums, the distinction between “official“ studio records and other forms is oftenblurred. For most of the 1960s, his recording career focused on soundtrack albums.In the 1970s, his mo...

I’m now doing, Legendary Elvis Presley Part Twenty Two, and I can’t believe it’s up to twenty two. There’s a lot of information about him and I’m glad I’m doing it on my website. For me to make it official, I have his twenty second album.

In the early 1960s, the circle of friends with whom Presley constantly surrounded himself until his death came to be known as the “Memphis Mafia“. “Surrounded by their parasitic presence“, as journalist John Harrisputs it, “it was no wonder that as he slid into addiction and torpor, no-one raised the alarm: to them, Elvis was the bank, and it had to remain open.“ Tony Brown, who played piano for Presley regularly in the last two years of the singer‘s li...

Yes it’s been awhile, but that’s because I had to update all my blogs, but I’m done for now, and I’m ready for The King. Legendary Elvis Presley Part Twenty One, is long over do, so here am I completing a new one, with his twenty.first album (I bet you thought I forgotten about that).

The Pink Cadillacon display in 2012 Presley was known for a life of luxury and excess, asexemplified by his estate at Graceland. He owned a number of expensive cars,including three pink Cadillacs, immortalized in his version of the song “Baby,Let‘s Play House“, in which Presley replaced the line “you may get religion“ with“you may have a Pink Cadillac“.

A number of stories, both real and exaggerated, detail Presley‘...

How can anyone not see James Bond’s Goldfinger, and not think of her, well in this blog, entitled Shirley Bassey Part One, you’ll know more of her than before.

Dame Shirley Veronica Bassey, DBE (/ ˈbæsi/; born 8 January 1937) is a Welshsinger whose career began in the mid-1950s, best known both for her powerful voiceand for recording the theme songs to the James Bond films Goldfinger (1964 ),Diamonds Are Forever (1971 ), and Moonraker (1979 ). In January 1959, Basseybecame the first Welsh person to gain a No. 1 single.
Dame
Shirley Bassey
DBE

It’s my happy news that I’m doing Tiny Tim Part Four, and I wish there was more.

In 2000, the Rhino Handmade label released the posthumous Tiny Tim Live at the Royal Albert Hall. This recording had been made in 1968 at the height of Tiny Tim‘s fame, but Reprise Records never released it. The limited-number CD sold outand was reissued on Rhino‘s regular label. In 2009, the Collector‘s Choice label released I‘ve Never Seen a Straight Banana: Rare Moments Vol. 1, produced and recorded by Richard Barone in 1976. The album was a collection of rare recordings of some of Tiny Tim‘s favorite songs from 1878 through the 1930s, along with some of his own compositions.

In 2009, it was reported that Justin Martell was preparing a biog...