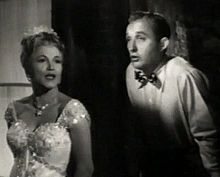 Musicals have never been my favorites, but on 1949 Musical Films, I think there’s a film I want to see, and that’s with Bugs Bunny. So tonight I’m watching My Dream Is Yours, of course, I do like others, but not as much as I like Bugs Bunny.

I’m going to throw a bag of popcorn in the microwave and watch “Easter Parade”, which is the only 1948 Musical Films that I like. Catch me next year with 1949, maybe there’s more films, to watch. 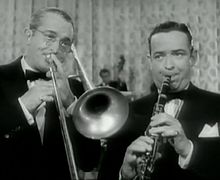 It’s 1946 In Films, and I’m looking forward to watching a film today and I see a few I like.

Do You Love Me released May 17, starring Maureen O’Hara, Dick Haymes and featuring Harry James and his Music Makers.

I’m getting closer to where I ended before I started to update all my blogs, by ding 1943 Musical Films. Please enjoy my blog and the album afterwards.

I love a lot of films, and I wish I could type you all of them of each year, but most aren’t musicals and then I would miss the point of my website. Musical movies Of 1941. Their seems to be only two films that I like, and I’ll be watching tonight, back to back, like a double feature(if you remember these films, then I think you know what I’m typing about. For those who don’t, missed a chance to watch two films for the price of one). I got the popcorn, and hotdogs ready with my rooter float, I hope your doing the same.

Even though I wasn’t born yet, when these 1939 Musical Films, came out, I still enjoy watching some now. I got a film that I really like that came out, with Humphy Bogart, who is my favorite actor of all times, but you can be the judge of that. The Roaring Twenties, isn’t a musical, but it’s my website, and I can bend the rules every now and then.

Not many do I like, but the ones I do like, I watch all the time. In 1937 Musical Films, I have a list of all them that came out that year, but I have what I highlighted, not typing that their  are the  best, just that I’ll be typing about those that I like.